You are here: Weinhaus WeilerInformationReferences

Weinhaus Weiler has been repeatedly featured in the media. Learn more here...

November 2011: Klaus Weiler's barley soup has been declared “one of the best soups in Europe” by the Saveur.

Klaus Weiler's barley soup has been declared “one of the best soups in Europe” by the Saveur. 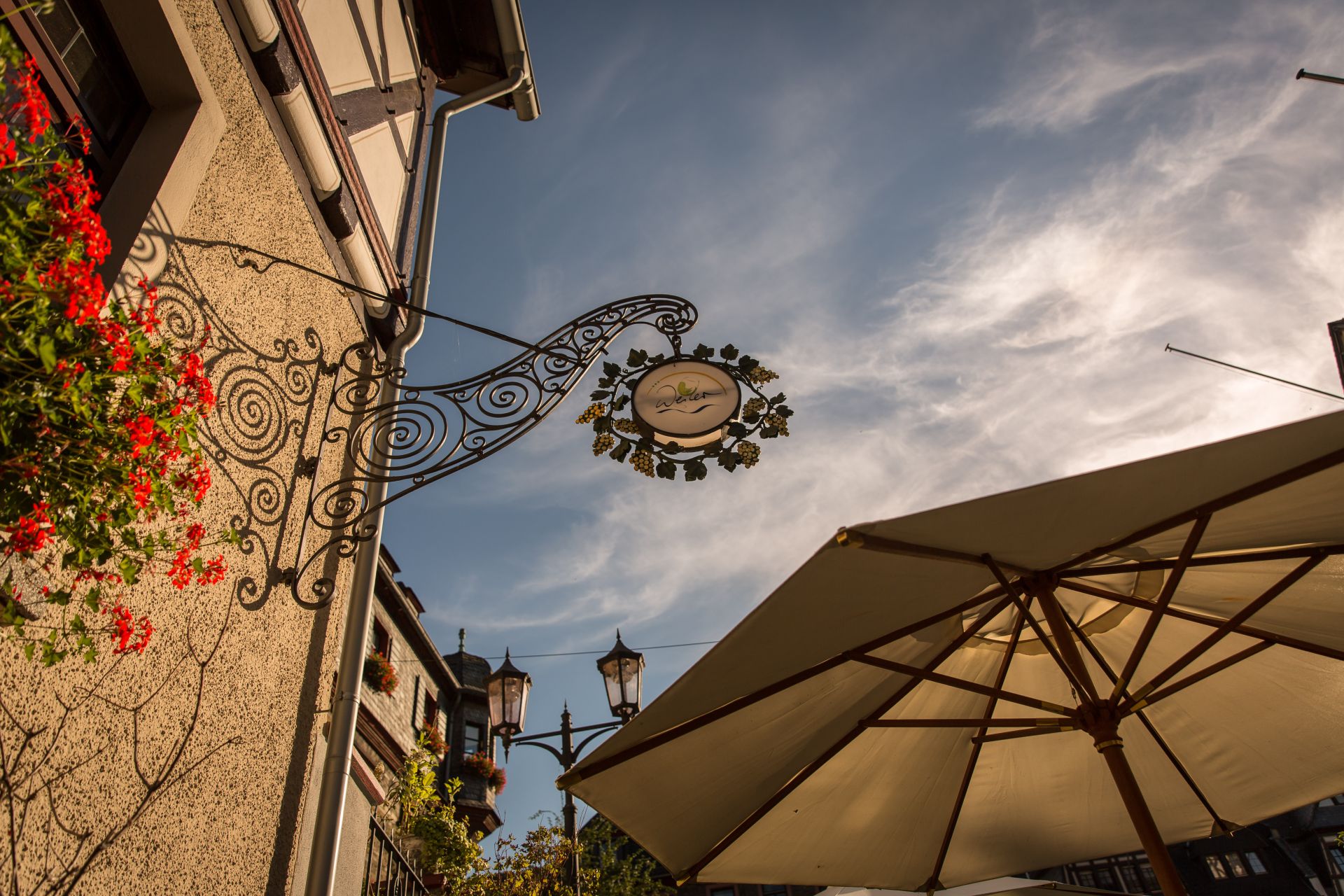 January 2010: Weinhaus Weiler is the first business to be awarded the Q-II-Seal

As the first business owners in Rhineland-Palatinate, Trudel and Klaus Weiler have received the Level II Quality Seal from Dirk Weidemann, project manager of the federal country's ServiceQualität ('ServiceQuality') program. Trudel and Klaus Weiler run the historic and traditional hotel Weinhaus Weiler in Oberwesel on the Rhine. The seal certifies that their business operates on a level of particularly high standards.
“For a smaller or medium-sized enterprise, the ServiceQualität program is a less expensive, good instrument to measure a firm's level of performance in order to assess and to compare it to other businesses in a later step. Quality is the future,” states Klaus Weiler.
The three-level project „ServiceQualität Rheinland-Pfalz“ ('Service Quality Rhineland-Palatinate') initiated by the federal state's Tourismus GmbH has been under way since 2004. Its aim is to entice small and medium-sized businesses to start a continuous process of self-assessment and self-improvement in order to strengthen their competitiveness. Expensive DIN-ISO certifications (following the rules of the German organization for standardization) are not necessary here. 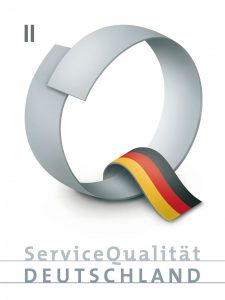 Everything Trudel and Klaus Weiler offer is home-made: “All our soups and gravies are freshly prepared in our kitchen,” Klaus Weiler, a trained chef, emphasizes. “Off-the-shelf convenience food” is not his cup of tea. “There is enough of this fast food around along the Middle Rhine”, the owner of Weinhaus Weiler in Oberwesel says.
The Weiler family prefers to take the time to cook for their guests in a traditional manner, although Klaus Weiler sometimes feels he lives in “times without time”, referring to our modern society's fast pace of life. It is also very important for him that the ingredients he uses are bought locally. “We want our guests to be able to see and to taste the origin of the products”, he explains. This is why he chooses only the freshest vegetables, fruits, milk, cheese, eggs, meat and fish for the meals he prepares. “We select our products following our ethical quality guidelines, so there is absolute certainty  everything is fresh and natural.”

His consciousness of local traditions ties in with the more than 400 years old timbered house which accommodates the Weiler's 3-star-superior country hotel. It is considered one of the oldest secular buildings in Oberwesel and is located at the market place in the middle of the town.

Both gastronomers lack neither ideas nor entrepreneurial spirit: it was Klaus Weiler who was among the first to recognize that the status of World Heritage Site provided a unique chance for the Middle Rhine Valley to explore new possibilities. This way, the hospitality industry had the opportunity to present the region and its culinary specialties in a joint effort. Together with Iris Marx, Marc Matzner, Paul Stahl and Markus Oppermann, his colleagues from Oberwesel, he founded the Welterbe-Köche ('World Heritage cooks') cooperation in 2002. This project was the source for the Welterbe-Wirte ('World Heritage innkeepers') that eventually evolved into today's Welterbe-Gastgeber ('World Heritage hosts') initiative. 23 hotel businesses along the Rhine valley are now part of it.

Classical dishes like Rhineland sauerbraten with raisins, almonds, potato dumplings and apple puree, and pike perch from the Rhine with buttered vegetables and basmati rice are a must on his menu, too. Klaus Weiler learned his trade as a passionate cook at Hotel Bellevue in Boppard and has been gaining further experience in kitchens in Tutzing and Munich.

In opposition to other hosts in the Middle Rhine Valley, the Weilers can't complain about their number of guests. “Our booking rate could hardly be better”, says Trudel Weiler, head of the hotel. Guests can choose their accommodation from 19 (?) rooms and an additional maisonette flat in a tower. In the restaurant (for hotel guests only), four employees and four trainees are busy. It seats 50 people indoors and further 25 on the terrace, and reservations are highly coveted. Yet, Trudel Weiler knows that the region could still use further promotion. “This is why we take part in the events of the Tafelrunde ('Round Table') and of the Mittelrhein-Momente ('Middle Rhine Moments') initiative”, she emphasizes.

High awards
Weinhaus Weiler has been repeatedly awarded the Level II Quality Seal of ServiceQualität Deutschland Rheinland-Pfalz. The Weilers are proud to be able to call themselves Host of the Year 2010, having received the title from Rhineland-Palatinate's Minister of Economy Henrik Hering in Mainz in October 2009.

Hotel Weinhaus Weiler is Host of the Year 2010 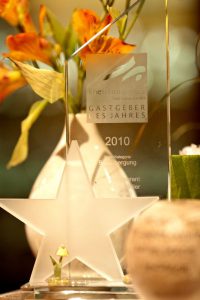