You are here: Weinhaus WeilerAbout usHistory

If the old walls of Weinhaus Weiler could talk, they would certainly fill volumes of books with their stories!

Not only could the timbered house, built in 1552, recite the lives of six generations of the Weiler family, it could also share innumerable precious moments of so many people who came to the house as guests. 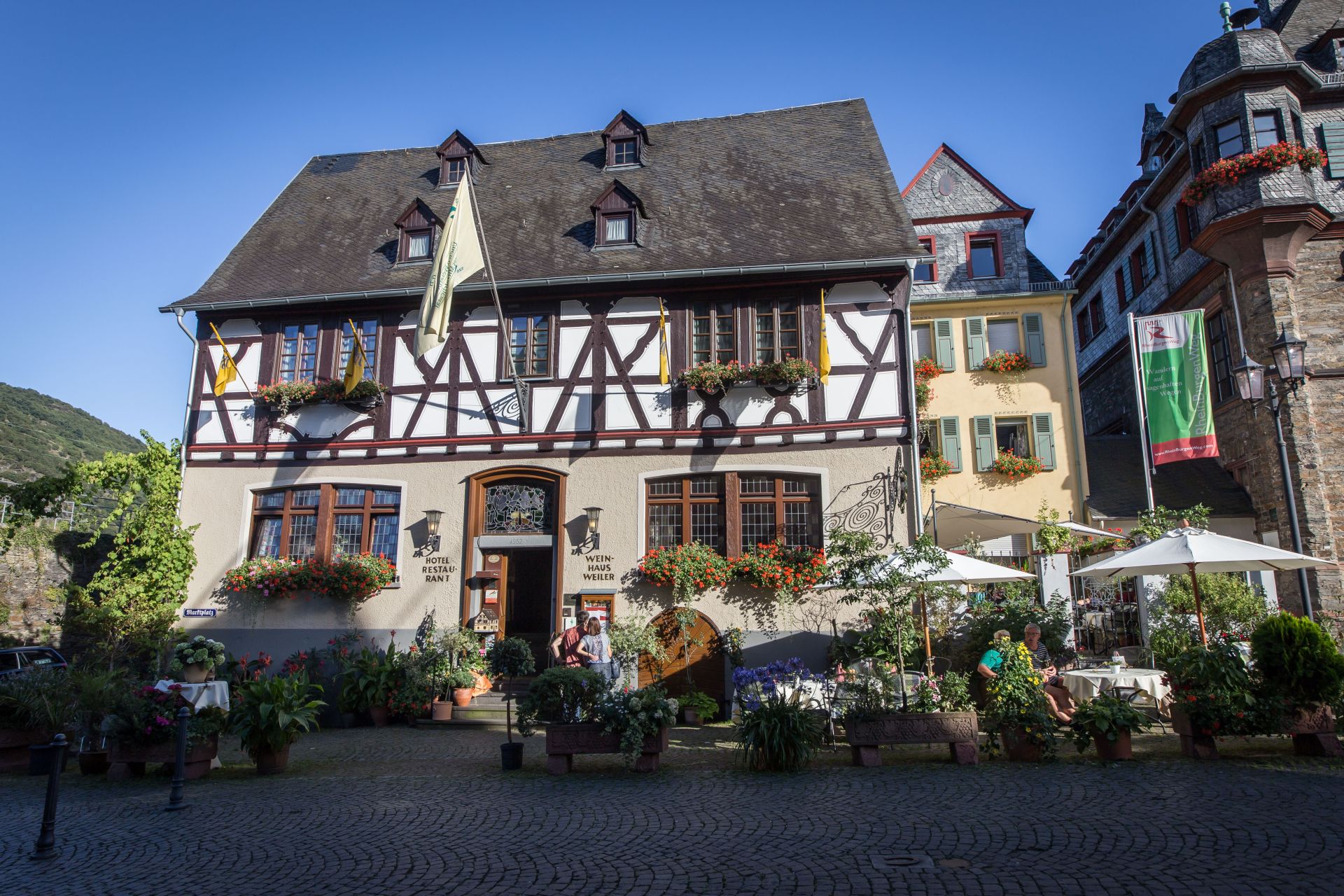 Having served as a residential building for more than 350 years, it was subject to a higher calling thereafter: it passed into ownership of the Weiler family in 1889 and was licensed as wine inn, distillery, cooperage and wine seller in 1905. The foundation for the hotel business was laid when Jacob Weiler installed the first seven guest rooms in 1935.

During 1980s, Trudel and Klaus Weiler took over the business had engaged in a continuous and loving renovation and modernization in order to stress the unique, romantic character of the house. Three new guest rooms have been refurnished on the second floor, which are now equipped with air conditioning.

Afterwards, in 2020, the business was unified with Hotel Römerkrug, which further expands to the additional five guest rooms in Marktplatz 1. The hotel is currently operated by a young and international generation of Oberwesel.

The strong and natural ties with the region, the romantic Middle Rhine Valley, are integral to our house and our concept: they express themselves in the close network and collaboration with partners  we sustain on both sides of the river Rhine, and last but not least, in our strong involvement in the preservation and promotion of the World Heritage Site Upper Middle Rhine Valley in the Loreley valley.